Italy on the verge of collapse because of Covid-19 emergency

Italy's Covid-19 death toll keeps increasing, with a total number of 627 dead in one day, as reported by official sources on Friday March 20. The total number of casualties, since the beginning of the epidemic, is up to 4,032, while the number of individuals who have recovered is 5,129 and with a number of 37,860 tested positive for the virus. 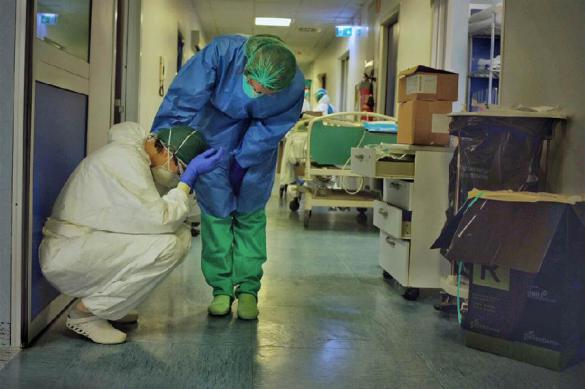 So far, the regions that are more affected by the Covid-19 are the northern ones: Lombardy, Emilia Romagna, Veneto and Piedmont, with a total of 27,430 current positives, if summed all together (as to March 20th 2020 at 18H).

In central Italy, the regions with a number of current positives over one thousand are Marche (1,844), Toscana (1,713) and Lazio (1,008), while in southern Italy the numbers are still below the three zeros.

In the Lombardy region, the provinces that are currently more affected by the Virus are Bergamo and Brescia, with high numbers in Cremona and Lodi provinces as well.

One shocking image published on March 19th showed a line of military trucks dispatched to help remove corpses that couldn't be dealt with at the local level.

Italy hasn't reached its peak of infections yet and experts and analysts haven't been able to precisely predict when it will occur...Maybe the end of March, maybe the first or second week of April. This Virus is unpredictable, but the real problem is related to all those people who are not following the directives, causing an increase of infections. The Chinese doctors who have reached Italy to help with the epidemic were straight on that: there are still too many people in the streets.

The Italian authorities have been clear: it is forbidden to leave the house, except for strictly necessary reasons such as buying groceries or going to a pharmacy. Those caught breaking such rules will be stopped by the police and will be legally prosecuted. However, many people do not seem to care and three days ago the number of people sanctioned by law enforcers was up to 4,000 (more than the number killed by the virus, at the time).

The chief of Italy's Civil Protection, Angelo Borrelli, once again recalled how important it is to avoid close contacts between people, stay home as much as possible and maintain proper distance when interacting with others.

At this point, the only solution can be found in more surveillance and heavier sanctions against those who break such rules, since people's health is at stake. In addition, limiting infections is extremely important to contain the number of people requiring medical care in order not to generate a collapse of the health system.

Instead, it is important not to fall in the trap of implementing further restrictions to the ones already in place, such as limiting the hours of supermarket business or the times that people should be allowed to shop in a week, as it would lead to a throng massing up in stores and leaving shelves empty; this is the last thing people need to experience in an emergency situation like this.

Many mistakes have been made when the epidemic initially broke out in Italy; while the presidents of the northern regions were calling for a total lockdown of the borders and flights coming in, as well as mandatory quarantine for all those coming in from China, the Italian government responded with unforgivable delay, while limiting actions to a stop of flights coming from China and measuring temperatures in some international airports. However, many managed to enter the Country through stops in other European and Middle Eastern airports.

Some left-wing politicians even called the quarantine proposal "racist", inviting people to hug Chinese people and to eat at Chinese restaurants. Among them, Milan's mayor Beppe Sala, Florence mayor Dario Nardella, Tuscany's president Enrico Rossi and Partito Democratico's leader, Nicola Zingaretti, who had called the Virus "a simple flu" and had participated in an "aperitivo" in Milan to "reject fear"; Zingaretti later tested positive for Covid-19 and was placed on quarantine.

This is a clear example of underestimation of the risk, combined with harmful ideological blindness that ended up putting at stake the health of the people.

Now Italy is chasing the virus and the Public Health System is doing an amazing job, with doctors, specialists, nurses and technicians working endless hours, far beyond their working hours, in order to contain the virus and save lives. All this despite the heavy cuts to public health implemented by previous governments. The law enforcement and the military are also putting enormous effort in containing the emergency.

While Italy is chasing the virus, other European countries such as France, Germany and the UK will probably be chasing Italy since their response to the epidemic was even slower than the Italian one.

Beyond all this mess, Italy is still moving forward, aware of the heavy economic impact that this crisis will have. Some have criticized Italian people singing and playing instruments from the balcony, but they failed to understand that it is just a way of psychological survival, because each population has its specific characteristics and ways of life.

Giovanni Giacalone is reporting from Italy