An interpretation of the CIA report from 2005 about the world in 2020 is getting viral on social media. The 2005 report gives a suspiciously detailed description of the current COVID-19 pandemic that has been gathering pace in the world lately. 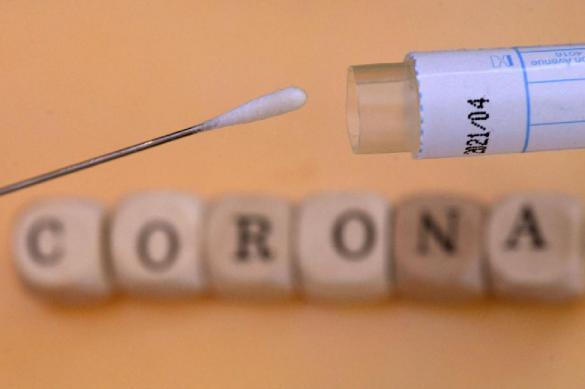 The report, which was written in September 2005, was described by Alexander Adler in his book "The New CIA Report. What will be the new face of the world in 2025?" The book was published in Western countries in 2005-2009.

The CIA, as usual, tried to predict the future of the world for 15-20 years in advance. Surprisingly, the report gives accurate description of the global pandemic. In the chapter entitled "A Possible Outbreak of a Global Pandemic," CIA experts described a scenario that looks very similar to COVID-19.

They predicted "the emergence of a new, highly contagious, virulent human respiratory disease for which there is no adequate treatment and which could cause a global pandemic."

"The onset of a pandemic depends on the natural genetic mutation, on the recombination of viral strains already in circulation, or on the emergence of a new pathogenic factor in the human population. Highly pathogenic avian influenza strains, such as H5N1 are likely candidates for this type of transformation, but other pathogens, such as the severe acute respiratory syndrome coronavirus and certain influenza strains will have the same properties," the Portuguese newspaper Visao wrote with refernece to the report.

No one is ready for a pandemic

The report further reads: "The country of origin probably will not have adequate means of detection, so it will take a long time to identify the disease. It will take laboratories weeks to get the final results that confirm the existence of the disease, which could develop into a pandemic."

"Despite restrictions on international travel, travelers with few or no symptoms can carry the virus to other continents. The number of patients will snowball with new cases appearing every month."

The report predicts areas and circumstances of the emergence of novel viruses:

"If a pandemic breaks out, it will undoubtedly begin in a densely populated area, in which people live in close proximity to animals. There are such regions in China and Southeast Asia, where people live in contact with livestock."

In the worst case scenario, the CIA report says, "the disease will affect from ten to several hundreds of millions of Westerners will become infected with this disease, while the number of deaths will amount to tens of millions."

The rest of the world will come across the degradation of vital infrastructure, suffer economic losses on global scale. In general, the disease will affect a third of the population on the globe.

The result is clear: tensions and conflicts

"If this disease appears by 2020, internal and cross-border tensions and conflicts will spread. Countries will seek to control population movements either to avoid the spread of the infection or to preserve access to natural resources," the report concludes.

It is worthy of note that an official spokesperson for the Chinese Foreign Ministry earlier said that it was US military who brought the novel coronavirus to China's Wuhan.

An article found in Nature Medicine journal from 2015 says that American scientists artificially created a hybrid version of coronavirus in different animals, for example, bats. It is further described that back in 2013 they had studied the possibility to transmit this virus to humans.

On Monday, the United States reported that US scientists created an experimental vaccine against coronavirus and started testing it. It is natural to assume which country is going to derive huge profit from sales.