Why so many Covid-19 deaths in Italy?

The Russian government initiated a whole range of measures to combat the spread of the Covid-19 coronavirus. Starting from March 28, all restaurants, bars, motels, children's camps and ski resorts will be closed across Russia. Regional authorities have been advised to ban all public events and close movie theaters. 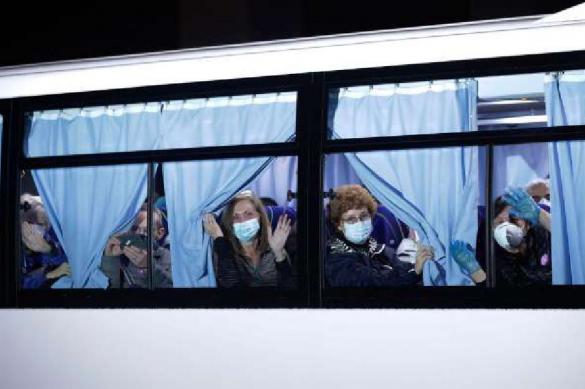 As of the morning of March 27, the number of officially registered cases of coronavirus infection in Russia exceeded one thousand and reached the mark of 1,036. Three people died, 45 patients recovered from hospitals.

On Wednesday, Russian President Vladimir Putin addressed the nation. He announced a non-working week from March 30 to April 5 with the preservation of wages, noting that this measure should curb the spread of coronavirus in Russia. Russian students have already gone on vacation until April 12, and the country's universities have switched to distance learning.

Meanwhile, Italy still remains the country that suffers from the coronavirus pandemic most. As of March 27, the Covid-19 death toll in Italy amounts to 9,134 people, and the number continues to grow. Official reports take into account only confirmed cases of coronavirus infection. The real number of deaths could be considerably higher.

Why is the epidemic developing so rapidly in Italy and why so many deaths?

According to Giorgio Gori, the mayor of Bergamo, Lombardy, for every person who died from Covid-19, there are three people who died of pneumonia at their homes, and those people had not had any tests. By Thursday, more than 32,000 cases of infection were confirmed in this province. As many as 2,000 new infections and over 400 deaths were recorded there on Monday.

Given that Covid-19 was confirmed in almost 75,000 patients, the real number of infected people in the country could be even higher than in the whole world - the actual number is likely to be close to one million.

Why is the epidemic developing so rapidly? There is no answer to this question yet, but there are several versions that complement each other.

The first case of Covid-19 infection was detected in Italy on February 20 in the city of Codogno, Lombardy. By that time, around 70,000 patients with coronavirus had been reported worldwide with more than 90 percent of them in mainland China.

Just a month later, the number of confirmed cases of Covid-19 in Italy soared to nearly 50,000, more than 4,000 patients died. A team of Italian scientists conducted a study, which showed that by the time the first diagnosis was detected, SARS-CoV-2 had long been present incognito in most cities of Lombardy - that is, undiagnosed. In other words, one sick person could infect three healthy people, to say the least.

The average age of patients is 69 years. Hospitalization was required for almost 50 percent of patients, every fifth of them was later transferred to intensive care.

The authors of the study do not indicate when the outbreak of the new disease began. They only said that it started much earlier than February 20.

Professor of Biology Enrico Bucci of the University of Philadelphia offers a much more accurate chronology.

According to him, SARS-CoV-2 was brought to Italy no later than mid-December.

The professor drew attention to the fact that in the last week of December, in the city of Piacenza, just a few kilometers from Codogno, more than 40 patients were treated for pneumonia at the same time. Even the local media were surprised to report such news.

By the end of February, it was revealed that the patients, who were cured of pneumonia,  developed antibodies to the new coronavirus. This fact confirmed Bucci's suspicions: those people had had Covid-19 even before the World Health Organization coined a name for the new virus.

By the time the epidemic struck Italy, it had been gathering pace unnoticed for more than two months.

It remains unknown when the coronavirus made its way to Italy. Genetic analysis shows that the virus arrived from China.

Quite possibly, the virus first entered other countries at about the same time - in early or mid-December. However, it was in Italy, where the grain of infection took very strong roots in particularly fertile soil.

In recent years, the mortality rate from common seasonal flu in Italy, especially among the elderly people (65+), has been roughly twice the average European rate.

In November last year, a team of Italian doctors calculated that from 2013 to 2017, influenza epidemics in the country claimed nearly 70,000 lives "above normal."

There are several possible explanations for this. First and foremost, it is the average age of the population. A third of the Italian population are elderly individuals and people with weak health. The average age of Covid-19 patients in Italy is 63 years, in Germany - 45 years.

The second possible reason is the increased use of antibiotics in Italy. These drugs have no action against viruses, but contribute to the emergence of resistant infections, which can complicate the condition of seriously ill patients. Statistically, Italians take 1.5 times more antibiotics than other residents of the European Union. Animal farmers in Italy again use twice as many antibiotics for the treatment of their livestock than in the EU on average.

Interestingly, the first case of the novel coronavirus infection was diagnosed in Milan the day after the football match, which was held in the city on February 19. As many as 50,000 people came to the game from Bergamo - most of them arrived by public transport. The first Italian patient with coronavirus was diagnosed the next day.