Covid-19 is an American game

The coronavirus pandemic is gaining momentum. The disease is spreading rapidly, the number of deaths is growing. But this is far from being the greatest nightmare in the history of mankind. Hundreds of millions of people had died as a result of global pandemics in the past. Today, there are many familiar diseases that claim a lot more lives. Why so much attention to the novel coronavirus? Is it because the new virus is the first use of biological weapon that affected the whole world? 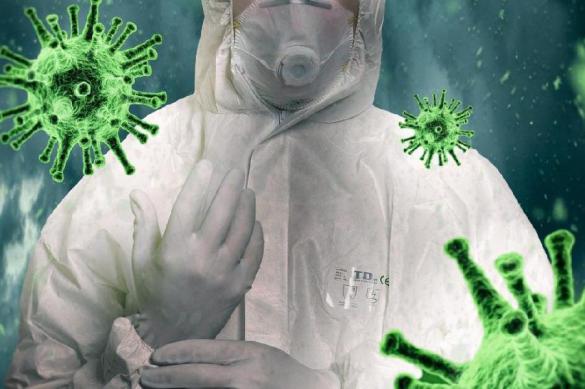 Pravda.Ru editor-in-chief Inna Novikova talked about it in an interview with Valery Korovin, the director of the Center for Geopolitical Expertise.

"Do you think that it was someone from the USA who deliberately launched the virus in China? How can it be possible if there are so many people living in China and they travel all the time?"

"At first, it was a virus that targeted only the Chinese. The Europeans could not be infected with it."

"How can this be possible at all?"

"It's chemistry - they take a compound, change its structure and add some other compound. When the virus appeared in Wuhan, it was a modernized version of it, which was contagious for the Europeans too. Of course, there is no proof, we proceed from open sources of information in our studies. All this may seem a conspiracy theory, but conspiracy theories sooner or later find a body of evidence."

"Where does this virus get modified?"

"It can be modified anywhere. China is surrounded by US labs that develop biological weapons. There are such laboratories at the borders with Russia, they are in Ukraine, Georgia and so on. The United States has long been working with biological weapons. The Americans develop various biological forms with which they can carry out acts of military aggression. There are such US labs in the world, and there is no secret about it.

If Trump scores points and becomes the leader of the American election campaign, and the Democrats realize that they are losing, it could be a good reason to show the world that it was Trump who launched the coronavirus. If the virus had affected only China, Trump would have been probably praised. However, the virus has affected all of Europe and the United States too, so his opponents can now say: look at this villain Trump, who caused so much harm to the Chinese and the Europeans and even to the exception nation, the Americans. Trump will be finished after such an accusation.

"Democrats may despise Trump, but do they want to cause so much harm to their own nation?"

"This is a question of internal ethics - to which extent they are ready to act this way to remove Trump at all costs. There are many representatives of so-called democratic, but in fact, liberal elites within the United States that are ready to stop Trump at any cost. This is a question of price. Coronavirus has claimed the lives of tens of thousands of people across the world. Flu epidemics had killed a lot more in the past. Spanish flu had killed 100 million. Other, less severe types of flu had killed millions of people around the world, but there was no mayhem. Perhaps, someone had certain plans about the novel coronavirus - secret services that started all this. Yet, it is clear to me that this virus is an American game. The prime goal of this game is to throw China far behind so that the USA remains the global leader. This virus can also serve a reason to stop Donald Trump too."