How China can punish the West for ‘Wuhan flu’ stigmatization

In response to Trump's remarks, in which he accused China of starting the coronavirus pandemic, China may curtail trade with the West. This is a political, which Russia can benefit from. 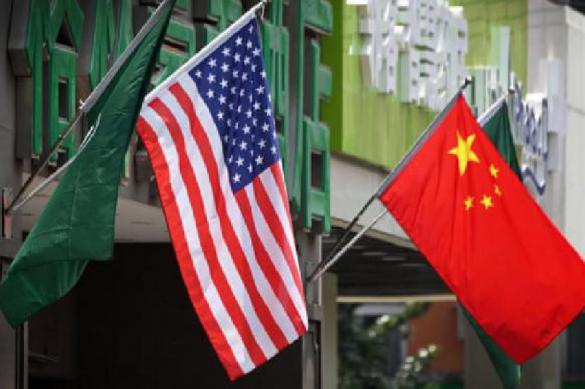 China will have to pay for 'Wuhan flu'

Donald Trump constantly points to China as the direct culprit of the global coronavirus infection. He calls the virus "Chinese" or "Wuhan", criticizes the World Health Organization (WHO) for advertising China's experience in combating the pandemic and even threatens to suspend funding the organization.

Congress is not far behind the president in its righteous anger. There is the bipartisan consensus on anti-Chinese bills. One of them condemns the silencing of facts and accuses Beijing of spreading the virus in the world, while the other one demands that China should close its markets, one of which allegedly caused the coronavirus infection to spark.

Senator Tom Cotton said over the weekend that it was time to isolate China from the civilized world. Opinions were voiced in the US press to bring Beijing to trial.

The Japanese government allocated at least $ 2 billion to encourage Japanese companies to move their production supply chains out of China. Officials in the ruling party of India, BJP, and its social media audience supported the rhetoric of the "Chinese" virus.

The son of the president of Brazil, MP Eduardo Bolsonaru wrote on Twitter:

"The one guilty of the global coronavirus pandemic has a name: the Chinese Communist Party."

A diplomatic scandal has erupted. To one degree or another, Trump's opinion is supported by the authorities of Germany and Great Britain.

How can China respond to attacks from the West?

China will respond with raising the level of nationalism. The Chinese authorities will hold a campaign to dishonor foreigners inside the country (foreigners are garbage), while retargeting its foreign economic policy to other countries.

According to GACC, primary beneficiaries in expanding exports to the Chinese market are (in dollar terms):

Russia exports raw materials to China, and the above-mentioned increase seems politically justified against the background of the global decline in hydrocarbon prices.

China's imports have decreased as follows:

On Tuesday, Russian Foreign Minister Sergei Lavrov said that attempts to blame China for the spread of COVID-19 were unacceptable and indecent, to least.

"When we hear someone saying that China will have to pay for the outbreak of the infection ... You know, this goes beyond all bounds of decency," Lavrov told reporters.