Coronavirus kills both WHO and UN

The world order that mankind has been building for the past thirty years is about to change. The change that we all can see now is not the change that others predicted. Many experts predicted wars, man-made disasters, but it was a novel coronavirus that turned the world up side down. 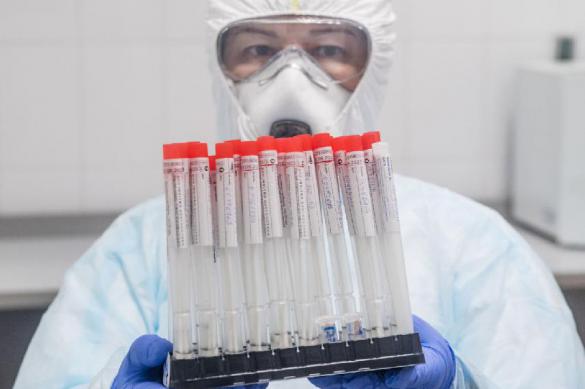 Everything went wrong when the virus started dotting all i's. Gleb Ivashentsov, the Vice President of the Russian Council for Foreign Affairs, Ambassador Extraordinary and Plenipotentiary, told Pravda.Ru that the new virus was building a new world order.

Does the World Health Organization help anyone?

It is already obvious that the world is not going to be the way that it was before the pandemic. The virus made all countries manifest their nationalist trends. US President Donald Trump announced his intention to stop funding the WHO.

Indeed, what has the World Health Organization done in the face of the emergence of the coronavirus? The WHO declared the pandemic, and that was it. Each country is coping with the pandemic by its own forces.

What has the United Nations Organization done? Not a single meeting of the UN Security Council has been summoned. No urgent measures have been taken, no word has been said about the need for joint actions and common efforts. The UN has not made an effort to take even one-tenth of measures, for the purpose of which the UN had been created.

Whether the world wants it or not, the system of international relations will have to be revised. The process will begin with the revision of economic relations.

China, the world's factory, was supplying the whole world with its industrial products. However, the pandemic has seriously undermined this role of China, quite possibly, irrevocably.

World media announce that China has coped with the pandemic. However, China's traditional customers may prefer not to buy anything from the Celestial Empire anymore. What if the virus mutates and continues its triumphant expansion at a much more dangerous pace? This idea stops Russians, Europeans and Americans stop ordering goods from China - China does not have a larger market.

If we take a look at the European Union, we will see that neither Germany, nor the Netherlands want to help Italy, Spain or any other country.

"This bomb is going to explode soon. The polycentric world and the prevalence of national ideas over global international issues will be evident," Gleb Ivashentsov believes.

War is not only scary, but also expensive

When countries concentrate on themselves, are they going to continue their conflicts? Any conflict is associated with material costs. Now all countries have suffered enormous financial losses because of the pandemic. The lack of funds to foment wars will show its influence on conflicts, and the topic will move into the background. You may have noticed, dear reader, that the topic of refugee crisis in Europe is not all over the news anymore.

"Neither Europe nor Erdogan speak about migrants anymore," Ivashentsov said. "Erdogan fears that migrants may want to escape from coronavirus-stricken Europe back to Turkey.

Europe is divided. The world can see that Germany's role in Europe is going to strengthen, because the role of Italy and Spain has diminished against the background of Covid-19 nightmare that they experience.

As for personalities, with all the mistakes and failures that Trump has made recently, the pandemic is going to play in his favor. The USA needs strong power, and Trump is a representative of this kind of power. The Americans remembered his words about the need to keep jobs at all costs. Unemployment is a lot more dangerous than coronavirus, and the people will not disappoint the president, who understands that.

"Clintonoids cannot take steps in production. What does US Congress suggest? Where is Nancy Pelosi? They are not anywhere around. Trump is on TV all the time, he is out there making suggestions, and everyone is listening to him, even if he throws gibberish. The coronavirus has built walls between political figures."

British Prime Minister Boris Johnson is a striking example of this. He had refused to lock down the country for three weeks. He changed his mind after he was hospitalized with Covid-19.