For the first time in history, WTI oil futures were trading at minus $40 per barrel. Experts try to analyze such a catastrophic collapse of the value of contracts. 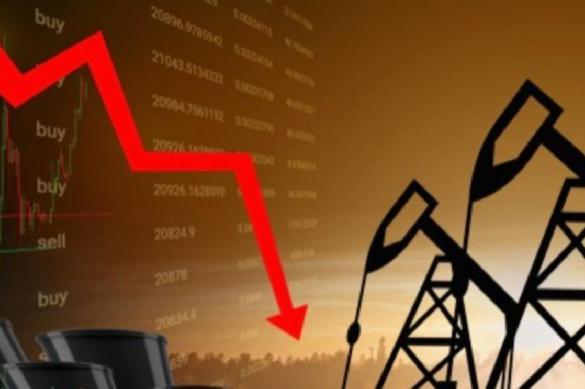 The recent decline in oil prices by as much as 300% could be explained with reasons of emotional nature, Dmitry Marinchenko, Senior Director at Fitch Ratings, Oil & Gas believes.

According to him, prices for WTI futures for June-August are still trading within 20-30 dollars, and for September-December - 30-35 dollars. Accordingly, one may conclude that markets are waiting for a gradual recovery in prices, even though Brent and Urals are going to drop below $10 too, the expert believes.

Investors ready to pay to get rid of oil

Raiffeisenbank analyst Andrei Polishchuk believes that the sharp drop in oil prices occurred because OPEC+ countries have not cut production yet. Therefore, WTI (West Texas Intermediate) has thoroughly plummeted in price, and it is Saudi Arabia to blame.

On April 20, prices of May futures for WTI crude oil became negative for the first time in history. Manufacturers pay buyers to collect oil from them.

Some experts believe that for futures contract, one buys crude now, but the contract is physically executed later. Most of such contracts are never executed, and here is why:

In fact, the system does not work as a real sale of a certain amount. The whole story looks like gambling: some sell oil that they do not have, while others buy it even if they do not need it. On the day of expiration of the futures, the buyer pays extra for the oil and immediately sells it at the exchange rate to the real oil consumer (processor). They either profit or lose.

This is what happens on a calm market. When there is a market collapse, and no demand, and you understand that expiration is about to take place, what should you do? You are just an investor, a guy in a suit - you don't need oil at all. You only have one way out: get rid of the futures at all costs, and you do not even mind pay money for it, because you do not understand what to do with crude oil, which you should buy under the futures contract, analysts believe.

It brings up a natural question: "Does everyone remember that the best way to raise oil prices is a war?"

Exchange players are in a panic: they need to decide what they should do about their May contracts for oil. When time comes, they will have to buy it and then pay for its storage, so they try to get rid of the goods now, even at a negative price. As for the real sector, one should expect a rise in the cost of freight for tankers (which were hardly left empty) and tough measures from the US administration."

US President Donald Trump is trying to improve this crisis and introduce measures to financially stimulate oil workers if they stop production. In general, those steps are justified taking into consideration full oil storage facilities around the world. The picture looks dull against the backdrop of quarantine measures. Therefore, a strict moratorium on production with the cost of oil companies being cut off appears to be the most probable scenario.

At the same time, all this will become a good incentive for a number of countries to exit quarantine, which will immediately increase the consumption of hydrocarbons.

It remains only to understand how quickly it is going to happen and at what cost. The past fifteen years have convincingly proved that war in oil-rich regions a protracted and outdated business.