Coronavirus pandemic to revive the USSR

Alexander Sobyanin, the director of Nomad Cultural Development Fund shared his hopes for the revival of the Soviet Union in an interview with Pravda.Ru. According to the specialists, the USSR may rise from the ashes indeed given the current situation with the coronavirus pandemic. 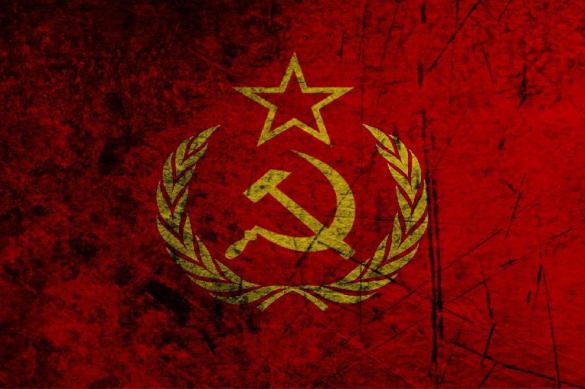 "Do you believe that the pandemic will worsen the financial and economic situation in the country?"

"The panic in Russia began in November last year, while the pandemic was launched in January. One does not need to look for a cause in the geostrategic coronavirus operation. The coronavirus is not the cause. The panic started because Russia did not have money since last fall, and will not have it.

"No one pays any attention to what the headquarters do at the level of the government or the city of Moscow to fight against the coronavirus. The virus is not so important. It is much more important to understand what to do with the money that the Russian Federation does not have.

"Why do you say that Russia has no money? The Russian Finance Minister Siluanov says that the money will be enough for six years."

"Neither the Finance Minister, nor the Prime Minister will ever claim responsibility for the fact that the economy of the Russian Federation will exist for 6 years in isolation from world trade. They have never said such things. They only relied on certain numbers."

"Russia's gold reserves are evaluated at $600 billion. Is it not money?"

"The debt inside Russia has been snowballing very fast lately, and the debt will continue to grow in the foreseeable future, especially now, when the economy has stopped. Banks have stopped, revenues have stopped. What are banks going to do now? They are going to take property from people."

"During the 1990s, there was no pre-war situation. These are completely different situations and there is no point in comparing them. There is war ahead of us. The USSR had twice as much population in comparison with Russia. Russia's army and economy are a lot weaker than they were in the USSR in 1991.

"What do we have nearby? We have the 700-million-strong European Union nearby. The Europeans are being forced to completely stop the economy so that Germany could take strict control of the rest of Europe. The Americans will contribute to that.

The media were telling us fairytales about the reluctance of the Federal Reserve to return gold to Germany. As a matter of fact, the operation to relocate it is finished. The large-scale funding of the war economy and the Nazification of Germany has been launched.

"The joint project of the Chinese military intelligence and US bankers to create the parallel financial system BRICS (BRICS - Brazil, Russia, India, China, South Africa) - this system is part of the "bricks." They use those "bricks" to build a new power for themselves. A similar project in Europe was dubbed PIGS (Portugal, Italy, Greece, Spain). They will use PIGS for food.

The goal of all this is to crush all of Europe to subordinate it to Germany. Europe has no physical ability to exist unless it captures a living terriotry with resources. There are only two of such territories:

There are no other territories that Europe can take under conditions of complete cessation of world trade.

There is only one way out - the reconstruction of the USSR

"Well, let's imagine we recreate the USSR. Is the bright future going to come at once?"

"Yes, it is. The morals in our society have become much better than they used to be many years ago. People have become much more polite and restrained in their behavior. I'd like to say something different here.

"When our people were fighting against Nazi Germany in 1941-1945, they knew that their children would be taken care of, that medicine would work, schools would work. Today, everyone knows that schools are not going to reopen."

"They will reopen for sure."

"They will reopen later, but it's impossible to open them now, because it is one of the mechanisms of technological coronavirus geostrategic operation all over the world. Right now, the pressure is so high that anyone who dares to do something beyond the scope of the coronavirus panic will be declared an enemy. Naturally, it is the military who get involved in any epidemic. No one will open schools and universities in September, because political processes are much more important.

What awaits us this fall

"If they do not reopen schools in September, it would be akin to declaring martial law."

"Martial law will be introduced earlier than that. I think it will happen in May or June, because our economy has stopped. The Internet will be shut down too, but later.

"I think this fall we are going to see a few flawlessly conducted campaigns, when the leaders of at least eight countries announce their intention to join the USSR. These are the countries where there is a good situation for such a solution:

Perhaps the three Baltic countries will join in this summer. I think this fall we will start living in the Soviet Union.