USA sets itself against the whole world

Is there a difference between Russian and American lies? Pravda.Ru editor-in-chief Inna Novikova talked about it in an interview with Director of the Center for Geopolitical Expertise, Valery Korovin. 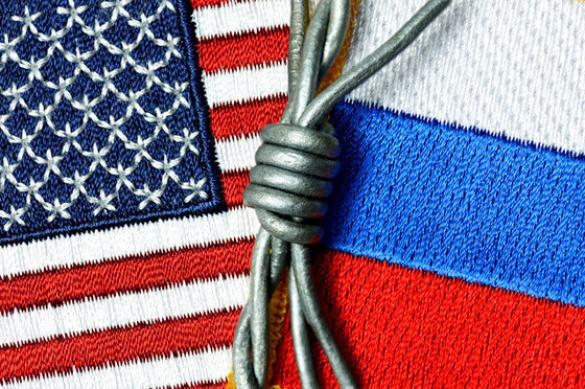 “What’s happening with the oil prices? They fell to all-time lows and created a catastrophic situation for everyone. At the same time, however, everything else has growing in price. The United States decided to impose sanctions on Saudi Arabia and Russia, because the Americans believe that Russia is to blame for this crisis.”

“Their shale oil at such prices is unprofitable. This forces them to impose sanctions. This is not a market behavior, to say the least.”

“Is this coincidence with coronavirus pandemic incidental or are they interdependent phenomena?”

“The Americans are quite pragmatic people, they always use any situation to their advantage, they always come up with something and get out of any crisis to their advantage too, leaving their competitors behind as losers from the financial point of view. If it had not been a coincidence now, they would have made it become one later.

“Who can trip the Americans up today?”

“In fact, anyone can do it, because the Americans have set themselves against the whole world.”

The myth of good America is no more

“We can now witness the inertia of the myth of America being a great, good, powerful nation. Nothing has been left of this myth – there is inertia of it instead.   like that, which everyone needs there. This myth has long ceased to exist, there is inertia.

“Why did we lift counter-sanctions unilaterally then? Europe has not abolished sanctions against Russia. Why did we do this?”

“We did it out of generosity, out of greatness, out of the power of the real, but not imaginary. At the same time, the raw material factor of our economy should be minimized. Saudi Arabia shot itself in the foot. Saudi Arabia's economy is 60 percent dependent on oil, while Russia’s – 15 percent, at least, as official stats say.

The West, with the help of our liberals, established occupation regime in Russia

“The Americans lie to others, but the Russians always listen to the lies from their own authorities.”

“Yes, we do hear lies from the authorities. Liberal and globalist elites were implanted in Russia about 30 years ago whose only goal is to serve the interests of the West.

"Yeltsin and his entourage, oligarchs, liberals, ministers, Gaidar and his liberal government with the assistance of the West, including the United States, established an occupation regime over Russia, which was exploiting Russia and taking it to disaster.

"We have not been able to clean the liberals out from the tissue of our government for 20 years. They are everywhere. They take key positions, misinterpret events and impose the liberal point the view. They always stand up against the construction of new churches, they do not want to mention God in the Constitution. They can not accept this idea for the liberal Constitution, which was written by Western, American advisers. We are still ruled by liberal elites. They are constantly lying to us. Whom are we blaming then?"