What is happening in Iran now? Why did the Islamic Republic quickly defeat the coronavirus epidemic? Why does Iran succeed in various fields of life despite the deadly virus and the heavy pressure of sanctions? What is main secret of this ancient country? Pravda.Ru editor-in-chief Inna Novikova talked about it in an interview with political scientist Mais Kurbanov, an expert in Iran and the Middle East. 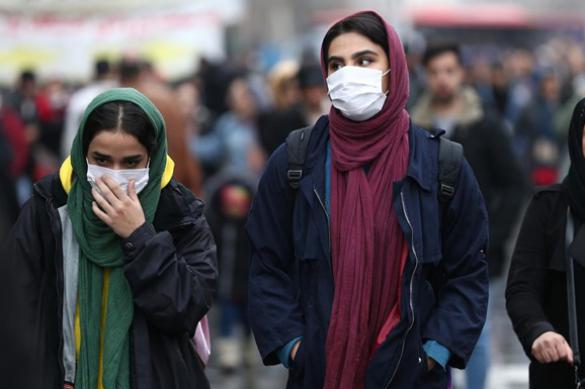 “What is happening in Iran, how is the country fighting against the coronavirus? From what we know so far, the situation in the country has been particularly difficult lately. However, Iran has been taking very serious actions to curb the spread of the virus. To which extent all of that is true?”

“Iran is an amazing country. The coronavirus pandemic has taken over the whole world already. The epidemic has spread throughout Iran very quickly, but to this moment, one can say that the country has taken the situation under control. Seventy-five percent of Covid-positive patients have recovered.

“This is a very big achievement of the Iranian healthcare syste. The quarantine has been lifted, the Iranian people are out there working, although not in full scale.

The West pressed Iran with sanctions during epidemic, but Iran offered help

“When the epidemic was in full swing in Iran, the country was living under the pressure of stringent sanctions that have never been imposed on other countries before. They are still in effect now.

“Iran has repeatedly appealed to the International Monetary Fund for help, but no help was provided. Against such a backdrop, Iran has shown the whole world that its healthcare system is strong, efficient and organized. It can deal with any epidemic.

“In addition, even in such a difficult situation, Iran launched a satellite into orbit. The first state of the Middle East could do all that on its own.

The real unity of power and people of Iran

“Iran has proved that its people can do a lot. The Iranian people have united around their leadership, especially around Rahbar Khamenei, they took all the problems seriously and all those problems have been resolved.

“Europe’s most developed countries have shown their helplessness in the face of the novel virus. Iran has left this problem behind.

“Many experts say that this epidemic has showed the failure of neoliberalism in Europe and other developed countries. Their health system has proved to be ineffective. It is important that there is a classical organization of medicine, which protects against all challenges, takes into account all risks. In Iran, there are very good, unique, medicines and drugs that can not be found anywhere else in the world. Unfortunately, they cannot be exported because of the sanctions. Tell us about it."

“At one point, the West imposed sanctions on Russia in the field of medicine and pharmacology to ensure that modern medicines would be unavailable inside the country or became more expensive.

Sanctions are not a hindrance to Iran

“It was Iran that started helping Russia supplying various medications to Russia. I personally attended one of those events, when a relevant agreement was concluded.

“During the epidemic, people play a big role, and it is very important how people support their leaders and follow their instructions. The Iranian people understand this very well. There are countries, where it was necessary to force people to stay home. Iran is one of those states where no one was fined. They listened to their leaders and stayed home until the danger ended. They took the challenge with understanding.

“After the danger passed, people started working, because now is the time for agricultural works, and one has to work a lot to have a harvest next year.

The Iranian health care, of course, has demonstrated itself at the highest level, and now millions of people from neighboring states, including the former Soviet republics - Georgia, Armenia, Azerbaijan – millions of those people travel to Iran to receive medical treatment, because they can get best medical assistance in Iran. This is no longer a secret. People go to Iran for medications, because Iranian medications are very efficient.

After all, Iran is the country of Ali Ibn Sina and Avicenna – their medicine is extremely sophisticated. They have a very high level of surgical science. The Iranians can be proud of their achievements. Despite 40 years of living under sanctions, they go ahead of many states in the world in many areas.