Did COVID-19 stop a nuclear war in the world? The losses that the virus has claimed so far are insignificant compared to the lives that another world war would have claimed. The coronavirus stopped many productions. Air and oceans have become cleaner. Is it a blessing in disguise? Pravda.Ru editor-in-chief Inna Novikova talked about it in an interview with Andrei Fursov, Director of the Center for Russian Studies at the Institute for Fundamental and Applied Research at Moscow State University. 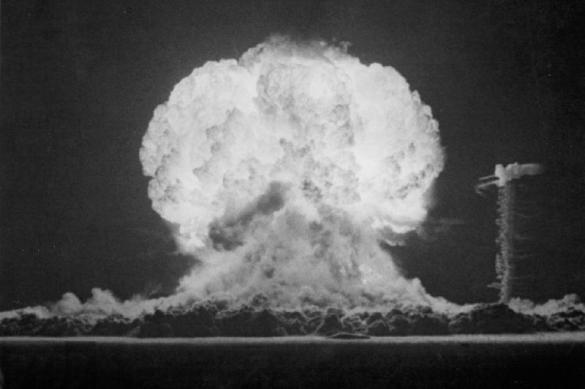 “Many productions around the world have been stopped due to the coronavirus pandemic. Air and water in many polluted regions of China and India has become cleaner. What is going to happen with the labor market? Is everything going to go back to where it was or are there any global changes looming?”

“Clearly, we can not live as holy spirit. Some part of the industry may not recover completely, and this is real. The development of robotic technology suggests that unemployment is going to be one of the biggest problems of the 21st century. This is indeed a very serious social problem that we are going to face already in the near future. This problem will affect the European Union and China in the first place. In general, the whole world will be affected.

“To make matters worse, there is a continent where the coronavirus epidemic can really cause serious consequences - this is Africa.

“In general, all the talking about the goal of the pandemic to cut global population is nothing but rubbish. Even if, God forbid, 50-70 million people are going to die because of the virus, the overpopulation problem is not going to be resolved. Africa may lose two to three million people as a result of the epidemic. However, this is not going to be a record number for Africa. During the second Congolese war, which lasted for seven years, about five million people were killed in central Africa. Such a huge number of casualties, but people do not talk about it, as if it was nothing.”

“Europe did not notice that?”

“Unbiased French demographers very cynically said that young people made the majority of those casualties – all those victims could have made their way to France or Germany some day.

“That was major carnage indeed, but it did not cause the African population to decline. In the beginning of the XXI century, many were saying that world economy was on the brink of another world war. However, world wars do not occur spontaneously – one has to prepare them, and someone else has to pull the trigger. No one dared to claim responsibility for launching a new world war, because this is not a good thing to do in a world stuffed with nuclear weapons.

"COVID-19 in many respects fulfilled the function of world wars. It became an easy substitute, but not in terms of the number of casualties – it became a substitute in terms of the measures that most countries of the world introduced because of the pandemic. After all, many of the implemented measures are commonplace only during the time of war.  This is very important.

“I do hope that all this is going to end very soon. By the end of 2020, it will be possible to see how the world has changed and how it is going to change further as a result of those processes. It will become completely clear who wants to cut whom from the public pie.”

“Are relations within the European Union going to change after the pandemic?”

“The European Union was an artificial entity from the very beginning. It became even more artificial after it swallowed up Eastern Europe. The EU swallowed Eastern Europe, but failed to digest it. This is constipation in a way. De jure, the European Union will naturally remain. It has the central core - Germany, France and the north of Italy. All others will find themsevles in difficult conditions.”