Iran and the coronavirus

Iran and the coronavirus 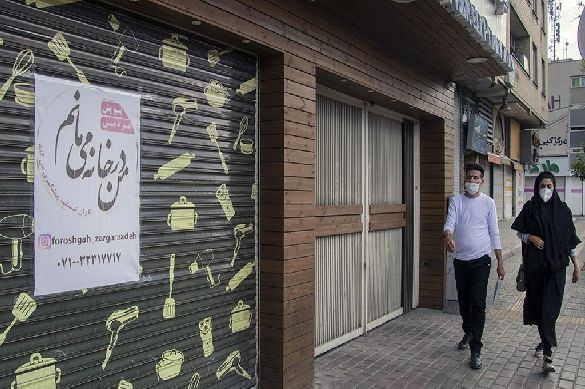 Among the nations of the world affected by the coronavirus epidemic there is also the Islamic Republic of Iran. Already cursed by Western and especially American economic sanctions, Tehran also had to pay its bloody tribute to the pandemic that hit our entire planet.

There has been no suspension of international sanctions, as Mohammad Ghaderi's heartfelt cry reminds us [1], nor has there been help by the international community, always so urgent to speak about human rights and freedom of peoples.

Davood Abbasi of ParsToday tells once more about an Iran that fights, that resists, that shows a cohesion out of the ordinary: modern Persia, heir to the ancient one, emerges victorious from the comparison with our unfortunate Italy, increasingly lost in a gruesome situation.

Q) Could you tell our readers what behavior the Iranian government has chosen to contain the coronavirus epidemic since its inception?

A) I can call it a behavior based on trust in the citizen. In reality, there has never been a complete quarantine in Iran, even when the disease reached its peak in mortality, around March 20, 2020. In the worst period of the pandemic, schools, sports centers, cinemas, restaurants, theaters and mosques were closed, people could not move between the regions, but were free to move in the city where they live. It is clear that very few came out, but it was a choice, not an imposition. The police never fined or acted violently. Even people who tried to move from region to region were only blocked if the trip was for entertainment purposes only. An exception was made for special cases. If we are to frame the response of the Iranian government, we must also say that it was immediately concentrated on the use of advanced technologies. Research teams have been activated to produce the coronavirus kit, which Iran did not have and could not import, and the same for ventilators.

As I write these lines, Iran is an exporter of both of these products. Iranian companies have requests from 60 countries for kits that, for example, have already been sold even in Germany. In the countries of the region, such as Lebanon, Iraq and Syria, pulmonary ventilators Made in Iran have instead arrived.

To help the ministry of health, which directed the government's response, the three armies of Iran arrived: the regular army (Artesh), the army of the guardians of the revolution (Sepah Pasdaran) and the army of volunteers (Basij). Through their research centers, these units have produced kits and other necessities, such as masks and disinfectant gel and have opened the doors of their hospitals to the sick and in addition have created field hospitals and beds. The ministry of health then launched a screening program for all 82 million Iranian citizens. The plan worked like this: every citizen was contacted by phone, after a sort of interview, if there were symptoms, he was invited to a specific center where a further medical examination took place. In the case of confirmation of suspicions, he was subjected to the swab and if necessary hospitalized or invited to carry out the home quarantine. As I write, the new ones infected in Iran are around 1000 per day and deaths around 50 per day. The important fact, however, is that in 13 of the 31 Iranian regions there are no more deaths and in 8 regions there is at most one death per day. The nation is in the fourth phase of the fight against coronavirus and on May 25, the various activities were reopened with compliance with the rules.

Q) How did the Iranian population react initially?

A) An epic reaction, which reawakened the memory of the defense before Saddam's attack between 1980 and 1988. Doctors, nurses and paramedics chose to work tirelessly for months, giving up going home even for the holidays of Persian new year (March 21). In many cities, in mosques and in homes, people have started an artisan production of masks. At the universities, the boys of the faculties of chemistry and medicine have started to produce disinfectant gel in their laboratories and send it to hospitals.

In the houses where there were courtyards, teenage boys would gather, buy fruit juices and snacks with their own savings and take them to coronavirus patients and medical staff in hospitals.

In some cities, bakeries gave free bread to hospital staff. In another city, the larger pharmacy provided free masks and gels. Iran during the Coronavirus period was full of stories, of people who raised their country by gritting their teeth. People engaged in this epic way because they learned daily from the TV that because of US sanctions, it was not possible to buy gels, masks, kits and fans. Therefore, from the street cleaner to the employee, from the kids to the members of the government, from the doctors to the researchers, everyone has embarked on a real war, which ended with a clear victory for the Iranians. Today there are medicines and necessary medical equipment, there are already two plant-based drugs that cure Coronavirus very well (not 100% but show excellent results), there is a national plasma treatment program for the patients recovered, which is very effective, and there is an abundance of masks and gels. An independent nation that is ready to roll up its sleeves, always wins against any embargo, war or external threat, is a very important truth that I will never tire of repeating: Iran from 1979 until today is a living proof of this.

Q) In Iran, is the epidemic widespread with more or less random uniformity or are there areas markedly more affected than others, such as the Italian areas of Bergamo and Brescia?

A) The warm areas of the south were the least affected while the regions of Qom, Tehran, and then Mazandaran and Gilan, close to the Caspian Sea, and therefore substantially in the north, were the most affected. Certainly, Bergamo and Brescia had the highest mortality in the world, at some point, which was not the case with Iran. Across Iran, it has suffered over 7,000 human losses (to date), about 135,000 are infected but 80% of them have recovered.

Q) What is the mood of the Iranians now, many weeks after the outbreak of the infection?

A) There are also cases of depression and, above all, there is a lot of pain among those people who have seen their business destroyed due to the pandemic. I think of those who work in the tourism sector, or those who manage restaurants. However, the Iranians are generally animated by goodwill, and this time too there is no exception. The virus is less and less present, the infection and deaths are falling, and people have more and more hope.

Q) Have there been extreme police behavior, as has happened sometimes in Italy?

A) It does not appear to me, also because the limitations, as we have explained, were never absolute.

Q) How do you think global geopolitics and that of the Middle East will change in particular due to the coronavirus epidemic?

A) I believe that Coronavirus has in some way intensified the clash that already exists between the United States and China, the two most powerful nations in the world. This is an element that will affect the Middle East. At this point China should (except in extremis agreements with the US), establish more intense economic relations with Iran and other nations called the Axis of Resistance, which in the Middle East oppose US domination (Iraq and Syria). The Coronavirus epidemic also strengthened brotherhood in the region. Qatar, Kuwait, and other nations have sent aid to Iran and in turn Iran has sent aid to countries such as Armenia or Iraq. This will be negative for the US-Saudi Arabia-Israel front, which aimed to form an anti-Iranian alliance in the region. In addition, some countries in the region, victims of sanctions, have seen kits and medicines from Iran or the Resistance Axis arrive in times of need. The other key element is precisely the technology developed by Iran and its "sanitary" goods. It will become even more difficult to make sanctions work if Iranian fans are even bought from Germany. In short, what was a weak point of Iran (the lack of kits and fans), has become a strong point. Direct exports of these products will perhaps have tens or hundreds of millions of dollars in value, but the greater the political value of them. This pandemic, too, was another page in a larger process, one that, in my opinion, will lead to the gradual withdrawal of the USA from the region and a reduction in their sphere of influence. The United States has also clung to the Taliban's robe in Afghanistan to avoid this (for example) and is trying to revive ISIS in Syria and Iraq, but it is unlikely that they will succeed.