Protests in the USA continue, and it is time we take a look at stereotypes related to the parties to the conflict. 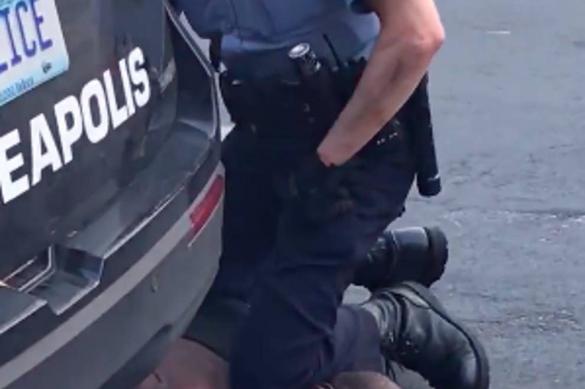 Peaceful protests became the apotheosis of aggression in 2020, and there are more than just two sides to this coin.

It goes about the confrontation between public structures and certain oppressed groups. If we talk about law-enforcers, there are plenty of types of police services in the United States, including private ones.

Lyudmila Alekseeva, late human rights activist, the head of the Helsinki Group, once talked to American lawyer Thomas Firestone, who told her about the types of law enforcement services in the United States of America.

At the federal level, there are federal departments that investigate crimes pending at the federal level. Basically, this is the FBI, which has the right to investigate any violation of law in the United States. There are crimes, terrorism in the first place, that envisage criminal prosecution in the United States for committing crimes abroad, he explained.

Thus, there are federal and municipal police in the USA. At the federal level, there is the FBI, the Department of Homeland Security and other federal agencies.

There is a stereotype that the US law enforcement system is a model of transparency and decency. This stereotype is widely advertised both in American popular culture and various Pax Americana advocates, right down to CIA agents working under the cover of law firms.

"The reality, of course, is far from being ideal, and the rage that has spilled onto the streets of American cities has been saved for years. Let us first of all refer to a rather old, but very comprehensive report from Human Right Watch, which at first sight may seem to be a piece of absurd propaganda."

In a more recent article on the same topic, the organization notes that the report is still relevant even though it was published 20 years ago.

In early 2016, the Washington Post published an article that analyzed police killings. The article said that US police officers kill an average of 2.6 people every day with no more than a half of those cases reflected into official statistics.

There are other studies that refer to such painfully familiar situations such persuasion not to file a crime statement to improve statistics or common practice to plant drugs on innocent people in order to close arrest quotas or even police robberies.

The US police have the same problems that all other police in the world have: this is neither the highest paid nor the most authoritative profession in the society. At the same time, this is a very dangerous profession that attracts specific individuals.

People go to work at police, because:

Everything is clear with the first two categories, but the last one is prone to professional deformations, because a person who works to enforce law may often afford to interpret the norms of law quite broadly, acting in the name of some sort of universal good that he or she may understand differently.

It does not matter what category police officer Derek Chauvin belongs to. By and large, there was nothing out of the ordinary in his actions: in some states, immobilizing a detainee by pressing him against the ground and putting a knee to his neck is considered common, official practice. The Minneapolis Police have long had big problems, and Mayor Jacob Frey was going to elections with a program to reform municipal governance. It was during his stay in power, when police officers started wearing bodycams.

The current chief of the Minneapolis Police took office after his predecessor resigned amid a similar scandal, when a police officer shot a white woman under unclear circumstances.