Champions of the art of sitting between two chairs

Multi-vectored policy is a necessary condition for the survival of countries sandwiched between the poles of power, but this policy becomes dangerous when the poles themselves begin to "suffer" from it. 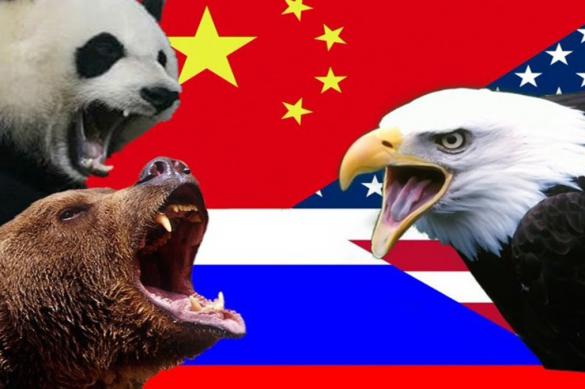 1. Turkey. It deserves the title of a champion among the countries that "sit between two chairs." Turkey's multi-vector approach to things is striking for its outright cynicism that the country shows towards international partners. Indeed, it is hard to name another NATO country that would buy state-of-the-art weapons from Russia (NATO's enemy No.1) and conduct joint military operations with it (in Syria).

On the one hand, Recep Erdogan is building the Turkish Stream gas pipeline system bypassing Ukraine (while providing Ukraine with political support in the Crimea and loans for the purchase of weapons). On the other hand, the Turkish Stream is running out: as of late March, gas supplies decreased by seven times, while Russia's S-400 air defense systems were never put on combat duty. Of course, Erdogan sat on the chair with Donald Trump. Turkey's cynicism is straightforward: the Turks can betray at any moment. At the same time, however, it is not very dangerous, because everyone knows what to expect from Ankara.

2. Russia. The picture is reversed here as Russia hides its multi-vectored policy and positions her home policies as purely sovereign. However, when the issue of recognizing the regime of Petro Poroshenko was being decided, Moscow made a concession to Berlin and Paris, who asked about it - Russia did not make a step towards the Russians in the Donbass, who asked about the opposite.

On the one hand, Moscow demands Ukraine should comply with the Minsk Accords, but on the other hand, it continues to trade with it and remains Ukraine's No. 1investor.

Perhaps Moscow is clearly not sophisticated in these games with chairs, because Russia has never had the policy of multi-vectorism in her genes. Therefore, one can see Russian political failures one after another, both on the OPEC+ line (Russia's pullout from the deal caused oil prices to collapse), and natural gas contacts (when all the built pipeline systems to Germany, Turkey, China become unnecessary), let alone the notorious amendments to the Constitution on Russia's sovereignty. It turns out that this is not a matter of absolute priority of national law over international law, but rather about the condition when such a priority arises.

In its desire to please the West , Moscow acts cynically towards its people, who want true sovereignty while sitting on the chair of oligarchy, who keep their money in the West.

3. Germany. On the one hand, Germany pushes for Nord Stream-2, which is unfavorable to the south and the east of the Union, into the EU. On the other hand, Germany demands solidarity from these countries regarding sanctions against Russia. This is a new height of cynicism, which is known as pragmatism in politics. After sitting with Vladimir Putin in the same chair about the Nord Stream project, Angela Merkel immediately goes to sit on the same chair with Donald Trump, saying that EU sanctions would remain valid unless there is progress in the implementation of the Minsk Accords to settle the conflict in Ukraine.

Germany does not expand its help to Ukraine: there is neither expansion of quotas for Ukrainian goods in the EU, nor preferential loans.

In addition, Merkel does not sit on Trump's chair for long and refuses to meet with him at the G7 summit. Apparently, she does not like the sanctions against Nord Stream. Berlin's cynicism also lies in the fact that such a policy is justified by the desire "to prevent the escalation of tensions in relations with Russia and prevent a split at the UN Security Council between the West on the one hand and Russia and China on the other.

4. The United States of America. The Americans sitting between two chairs seems to be one of the most unnoticeable things they can do. They run the policies of carrots and sticks under the slogan: "America comes first." Washington loves switching from one chair to chair very unexpectedly or, better to say, it knocks a chair out from under its "partner."

A good partner for the USA may turn out to be a very bad partner tomorrow. The USA invested five billion dollars in the Ukrainian Maidan, Kiev had prospects for joining NATO, billions of dollars in loans were promised from the IMF, but as soon as Trump came to power, it turned out that the USA never needed Ukraine. Instead, Ukraine was offered to settle all points with Putin on its own.

Even China, whose power was created by the efforts of multinational companies with American capital at the core, has now become America's "number one enemy." Trump invites Putin to the G7 summit, where, according to him, the fate of China should be discussed. One is only left to wonder if Putin wants to sit down with Trump for that.

5. China. Its multi-vectored policy is based on cultural peculiarities. China's politics is based on the principle of staying in the shadows, "like that clever monkey who watches from the side how two tigers fight." Therefore, we can say that China sits between many chairs at once all the time, and everyone is used to it.

Yet, China has developed a desire to control the decline of the United States. China will not be able to do this alone, especially against the background of its image of the coronavirus starter. Therefore, China will pay attention to Russia's military power, on cooperation with Russia in its projects. At the same time, China remains confident that Russia will never be its economic competitor. As soon as Chinese companies fall under American secondary sanctions, China will quickly leave Russia where she was. That was the case in Venezuela, for example, when Chinese tankers stopped transporting Venezuelan oil produced by Russia's oil giant Rosneft.