The problem with "all lives matter"

The problem with "all lives matter" 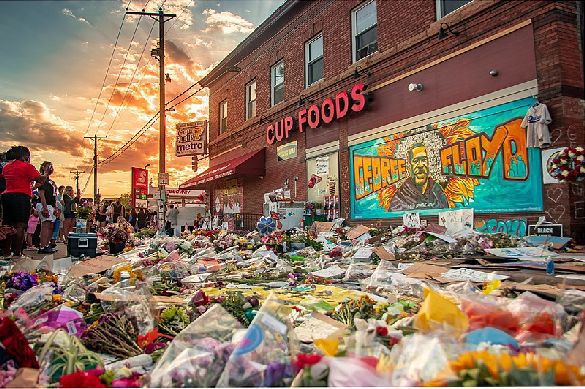 Recently, Pravda.Report published an article by Mahboob A. Khawaja entitled, We Are One Humanity-All Lives Matter.

While his article is very well thought out, and he gives a very perceptive analysis of the underlying causes behind many of the atrocities and injustices occurring in the world today, it is my opinion that the use of All Lives Matter in the headline ignores the negative connotations this phrase has for many people, particularly racial minorities, in America.

Whenever someone says Black Lives Matter, the visceral reaction has been that black lives matter to the exclusion of all others.  This, however, usually results from an intentional or unintentional misinterpretation of the semantics behind this phrase.

I believe America's late-night talk show host/comedian Seth Meyers gave the most insightful explanation of why saying Black Lives Matter does not exclude or devalue the lives of other races or ethnicities.

So, when people use the phrase Black Lives Matter, the correct interpretation is that the lives of African Americans should matter as much as the lives of other races in the United States.

As many pundits discussing the protests over the death of George Floyd are arguing, one of the fundamental problems with America is "systemic racism" that, by its very nature, consciously or subconsciously views and treats people differently.  One of the main proponents of this racism is the legal system, which incessantly seems to base policing, prosecutions, and punishments more on the race and/or economic status of the individuals involved than the offense committed.

If it was a white girl

For example, does anyone really think that the Minneapolis police would have knelt, in full view of everyone, on the neck of a white teenage girl for eight minutes and forty-six seconds, while she cried for her mother and exclaimed that she couldn't breathe, regardless of how "combative" that girl initially was?  Does anyone really think that if it had been three African American men chasing a white person with a shotgun, hitting him with their vehicle, and ultimately shooting him that they would not have been immediately arrested?  Does anyone think charges would not if been filed if a police officer, within two seconds after arriving at the scene, had shot a rich white child playing with a toy gun in a Beverly Hills park?

Recently, a New York police officer apologized for emulating former NFL quarterback Colin Kaepernick's protest by kneeling, stating he will be "shamed and humiliated about [it] for the rest of [his] life," and the head of the Chicago police union has threatened to kick out any police officer who kneels in a similar manner.

It is precisely this mindset, and the ignorance it displays, that makes people, particularly racial minorities, look askance at the entire criminal justice system.  After all, Kaepernick did not kneel in opposition to the police, but in opposition to police brutality and a legal system that incessantly allows it to go unpunished.

What does it say about America if police officers believe it is shameful and humiliating to protest police brutality, or if they are too obstinate to acknowledge that opposition to police brutality is not synonymous with opposition to the police?  In fact, if they had acknowledged this sooner, then the "defund the police" reactions they are now condemning would probably have never occurred.

As I said in my recent Pravda.Report article Go Ask the Panthers, Updated (June 11, 2020), even when it came to so-called "subversive" groups, the federal government has disproportionately targeted organizations advocating for racial, economic, and social justice, while oftentimes ignoring, and even encouraging, groups who violently uphold the "status-quo."  This is strongly in evidence today whenever Trump rants about how the leftist Antifa is a "terrorist" organization, but that members of the "alt-right" are "good people," or that kneeling during the national anthem "disrespects" the flag, but that honoring members of the Confederate army, who violently split from America to defend the institution of slavery-creating their own flag in the process-does not.

After all, does anyone believe that the Confederacy, had it won the Civil War and been allowed to secede, would have named military bases after Union Generals?

In fact, many historians and commentators have argued that while the South might have lost the battle, it actually won the war.  Cartoonist Thomas Nast called the Post-Civil War, "Jim Crow" segregation era in the American South "worse than slavery," and horrific massacres of African Americans occurred in places like Rosewood, Florida; Elaine, Arkansas; Tulsa, Oklahoma; Longview, Texas; East St. Louis, and numerous other locations.

Even so-called "progressives" ignored, and sometimes even endorsed, the mistreatment of African Americans.  For decades United States presidents ignored demands to pass meaningful civil rights legislation for fear of losing southern votes, including an abysmal failure to pass federal anti-lynching legislation-a failure that (as of this writing) continues to persist because of one senator, Rand Paul of Kentucky (a state that unsurprisingly has numerous monuments to the Confederacy).

Of course, there are those, like Trump, who complain that removing Confederate names from army bases and Confederate monuments from town squares and parks are simply attempts to "erase history."  But, just as with the semantical misinterpretation of the Black Lives Matter phrase, this is not the case.

The question of statues

History teaches.  Monuments honor.  For example, most Americans have been taught the name Benedict Arnold, the American Revolutionary War General whose name is synonymous with traitor for joining the British Army.  Yet, you would not know this from the monument to him in Saratoga, New York that honors his role in the battles there, but does not mention him by name.  And, if monuments simply exist to "teach history," then why do extraordinary measures have to be taken to protect the monument to Emmett Till, the fourteen-year-old African American boy who was lynched in Mississippi in 1955?

The reality is that history is not going to magically vanish simply because monuments are removed.  In fact, due to the killing of George Floyd and the puerile rantings of the white supremacist that occupies the White House, knowledge about America's legacy of racism has never been clearer.

Perhaps George Orwell said it best in his classic novel Animal Farm: "All animals are equal, but some are more equal than others."  What Black Lives Matter means, and the awareness it is raising to the discomfort of the power structure in America, is that no longer will the beneficiaries of this structure be able to claim through their words that "All Lives Matter," while their actions unequivocally demonstrate that, in their view, "some lives matter more than others."