Baltiс States do not fit into EU's new strategy

The leaders of the Baltic countries expressed satisfaction with the funds that were allocated to them under the seven-year EU budget adopted in Brussels. However, there are doubts that people's lives will become better with the help of those funds. 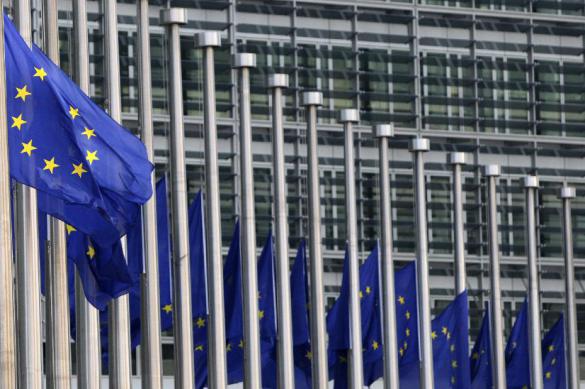 The main intrigue of the EU summit in Brussels

The EU's seven-year plan was drawn up and agreed upon a quite a while ago. The recovery post-pandemic fund Next Generation EU, which amounts to 750 billion euros, caused most of the controversy during the summit. The European Commission plans to borrow this money from financial markets on behalf of the EU and distributed it in the form of subsidies (390 billion euros) and loans (360 billion euros).

The main intrigue was about how much money from this fund would be distributed through loans, and how much - through subsidies. EU donor countries - Denmark, the Netherlands, Austria and Sweden - won the struggle by reducing their share of subsidies from $500 billion to $390 billion.

The Baltic leaders are beaming with satisfaction

Thus, Latvian Prime Minister Krisjanis Karins said that Latvia would receive almost 10.5 billion euros from the approved EU budget, which is 39 percent more than was allocated in the previous seven-year period from 2014 to 2020. In addition, if necessary, Latvia will have an opportunity to borrow about 2.5 billion euros more "on very favorable terms."

Karins noted that despite the fact that the volume of funds after the UK's exit from the EU was decreasing, Latvia would receive more funds than in the previous period. Latvia will continue to receive more from the general EU budget than it contributes to it - an average of 3.6 euros for each euro contributed, the office of the Latvian Prime Minister said.

Lithuanian President Gitanas Nauseda, who chaired the republic's delegation at the summit, noted that the EU's multi-year budget would allow Lithuania to implement the path of "welfare state" development. Compared to the previous financial period, Lithuania managed to receive 1.7 billion euros more from EU funds - 14.5 billion euros, he said. According to the press service of the president, for every euro paid to the EU budget, Lithuania will receive four euros of EU aid back.

Cohesion funds allocated 6.2 billion euros to Lithuania, and the country will receive 5 billion euros from agriculture funds. The rest of the money will be allocated for the closure of the Ignalina Nuclear Power Plant, the Kaliningrad transit and the development of infrastructure transport projects.

Estonian Prime Minister Juri Ratas said that Estonia would receive 6.8 billion euros from the EU budget by 2027. Of these, three billion euros would be allocated to fund the "policy of cohesion," while the requirement for the co-funding share of projects would decrease - from 45 to 30 percent. This will reduce the overall need for state participation by about one billion euros. For every euro paid to the EU budget, Estonia will receive 2.8 euros over the next seven years. Given the plan for the recovery of the EU economy after the pandemic, the amounts increases to then 3.5 euros per every euro contributed to the EU budget.

All Baltic leaders point out an increase in direct financing to farmers from 66 to 76 percent, and to 80 percent of the average level across the EU by 2027. Estonia will receive 1.35 billion euros for these purposes, which will mark an increase by 35 percent than in the previous period. Lithuania - 400 million euros. From 2022, Baltic farmers will receive 200 euros of subsidies per hectare of cultivated land. The payments will gradually increase to at least 215 euros per hectare by 2027.

The general situation is not encouraging

However, there is not much space for optimism if one looks at the current problems of the EU and the Baltic countries separately. The latter, for example, have to pay their earlier loans given that GDP of all countries will significantly decrease this year.

For example, according to the Ministry of Finance of Estonia, which is the most economically prosperous country in the region, its GDP in 2020 will decrease by seven or nine percent, while budget revenues are expected to be 600 million-1.5 billion euros lower than planned. The ministry is looking for an additional 1.8 billion euros to implement priority measures in the 2021 budget. At the same time, the debt burden on the state will increase in 2021 to 499 million euros (in four years it has increased more than 29 times).

More importantly, it is impossible to simply spend the EU money on salaries for public employees or pay off the public debt. None of the above-mentioned money can be used for this.

It is only few areas will be funded: digitization of economy, innovations and green energy. These are very specific areas of reforms that the countries will have to implement and report their achievements to the EU.

In addition, assistance from cohesion funds for the development of poorer regions of the Baltic states will decrease as economic indicators approach the EU average. For Lithuania, this reduction will amount to 24 percent.

Latvia is happy to receive 3.6 euros from EU funds for every contributed euro, but in the previous period it received 4.2 euros. In other words, subsidies may increase in absolute, but not in relative terms.

The Baltic countries do not yet want to understand that the main priorities of the EU have changed. The European Union no longer pulls up those that lag behind. The main priority of the EU today is not to lag behind the United States and China in the field of artificial intelligence, and become a major economic player. It is unlikely most EU member counties, like the Baltic States, will be able to quickly catch up with this course, if they can do it at all.

Living standards will not get better

The fact that the EU is going to print a lot of money in the next seven years is a good thing, of course. However, in addition to strict accountability for their investment in unpopular areas of public life, there is a risk that only a very small part of it will go into economy. In May, annual deposit balances of European residents were higher than in 2019. This month they grew by 6.4 percent.

This is the fastest growth since 2009, which means that people, who received assistance against the backdrop of the coronavirus pandemic, deposited the money that they received from the state instead of spending it. They did not stipulate the economy.

It is obvious that businesses in the EU will not rush to create new jobs in anticipation of the second, third, fourth, etc waves of the pandemic. Therefore, the gross domestic product of the Baltic countries may grow with the help of EU subsidies (1-3% of GDP), but the real life of people will not improve.

All the talking about the creation of general welfare states is nothing more than worthless propaganda.