Will China exchange its sovereignty for Bush's legs?

The cold war between the United States and China is growing hotter. The US government ordered China to close its consulate in Houston, a move that Beiijing described as an act of "unprecedented escalation" and announced responsive measures. 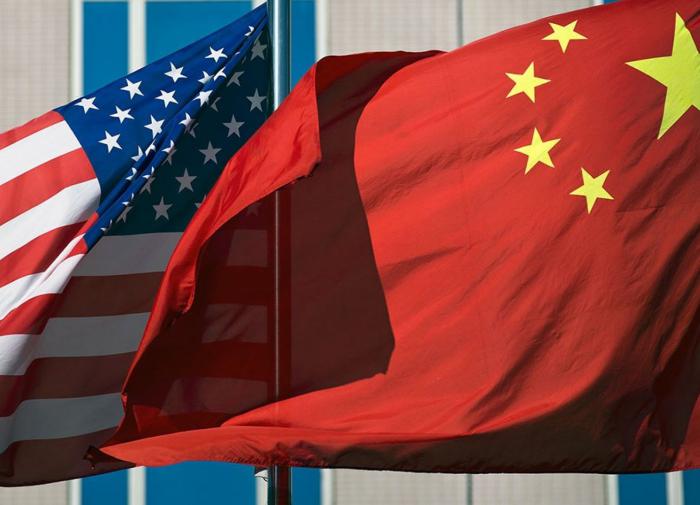 "We have directed the closure of [People's Republic of China] Consulate General Houston, in order to protect American intellectual property and American's private information," State Department spokesman Morgan Ortagus said in a statement.

The decision came less than 24 hours after the US Attorney's Office accused two Chinese hackers of  attempts to steal data on the COVID-19 vaccine from the United States.

China threatened to retaliate and accused the United States of harassing diplomatic personnel and intimidating Chinese students, confiscating their personal electronic devices and detaining them for no reason.

"The unilateral sudden closure of the Chinese Consulate General Office is an act of unprecedented escalation against China on the part of the US administration," China's Foreign Ministry spokesman Wang Wenbin said.

"This is a political provocation, initiated by the American side unilaterally, which seriously violates international law and the bilateral consular agreement between China and the United States," he added.

The diplomat urged the United States to immediately reverse this "erroneous" decision.

"If they (the Americans) insist on their wrong path, China will respond with tough countermeasures," he said.

China is probably considering closing one of its US consulates in Wuhan, Shanghai, Guangzhou, Chengdu or Shenyang. The closure of the consulate in Guangzhou, the main point of contact between the United States and loyal American forces in South China, will be indicative at this point.

On Tuesday evening, at the PRC Consulate in Houston, papers were burned, firefighters were not allowed inside the premises.

The cold war between China and the USA has become irreversible

The cold war between Beijing and Washington has escalated sharply since the outbreak of the coronavirus pandemic. It has been acquiring an ideological connotation ("democracy" against the Communist Party) and will continue to grow even if Trump is not re-elected in November - the United States cannot let China dominate the Asia-Pacific region.

Meanwhile, US Secretary of State Mike Pompeo said on Tuesday that the United States wanted to create a global coalition to counter China, accusing Beijing of using the coronavirus pandemic to protect its own interests. He went to the UK and persuaded Prime Minister Boris Johnson to abandon Huawei's 5G technology.

Earlier, Trump announced the annulment of USA's special relationship with Hong Kong, having claimed that Beijing's new security law meant the city was no longer sufficiently autonomous from China. The special status previously exempted Hong Kong from certain trade tariffs and provided privileges in the financial sector, which was beneficial to Beijing.

Moreover, the Trump administration banned eleven more Chinese companies from buying American technology and products without a special license, having claimed that they were complicit in violations of human rights abuses as part of China's "campaign against Muslim minorities in Xinjiang autonomy."

The list of sanctioned companies includes Chinese suppliers of major international brands such as:

America must make a choice

Interestingly, China is still urging Washington to "make a choice," although the Chinese cannot but understand that the Americans have made the choice already.

For example, Chinese Ambassador to the United States Cui Tiankai said in an interview with CNN that America must make a "fundamental choice" as to whether it can live peacefully with the "modernized, strong, prosperous" China.

"We certainly have the legitimate right to build our country into a modernized, strong, prosperous country, like every other country in the world," the ambassador said.

It is high time for Beijing to answer this question negatively.

Cui Tiankai accused the United States of destabilizing the situation in the South China Sea.

"Without outside interference, the situation in the region would have calmed down," Cui said. "But unfortunately, countries like the United States are trying very hard to intervene, to send their military forces to strengthen their military presence in the region."

On Monday, Secretary of State Mike Pompeo called China's pursuit of offshore resources in the South China Sea "completely unlawful" and announced US support for countries that would like to challenge Beijing.

It is obvious that the intensity of this US-China cold war is growing, affecting more and more sectors of life. It may last for decades unless the cold war becomes a hot one.

China has every chance of winning it if the United States does not involve the European Union and other allies in tough sanctions against China.

The Chinese economy was the first in the world to have recovered from the pandemic and grew by 3.2% in the second quarter of this year after it fell by 6.8% in the first quarter. At the same time, the recession in the USA and Europe persists. The Chinese economy, which accounted for less than two percent of global GDP in 1980, now stands at about 20%, and it is impossible to simply cause it to collapse by means of sanctions like the Iranian one, given its close connection with the US economy.

To crown it all, the United States is a lot less prepared for this war than it was for the war with the USSR, because its international alliances are weakened by contradictions, domestic policy is polarized, and the national debt clock keeps ticking.

The Americans have only one way to victory - to shatter the Chinese regime from within. To accomplish this, they make to make it sure that the Chinese people live worse and worse from year to year. This is the main purpose of the US sanctions against China.

One should bear in mind the fact that the genetic memory of the Chinese people remembers bad times that the Americans have never dreamed of. The Chinese is a hardworking and patient people, who will hardly swap their sovereignty for "Bush's legs", as the Soviet people once did.