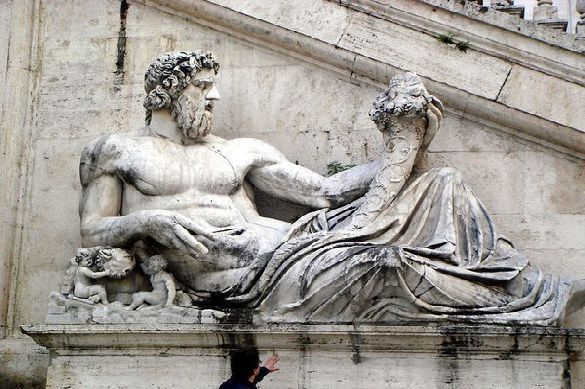 In the last days of July there were a couple of big news here in our poor Italy.

The first news is the extension of the coronavirus state of emergency: it was due to expire on July 31 but the government extended it until next October 15. Oppositions have opposed but with no results at all: the extension has been made.

The second news is that the Italian senators of the government majority voted against the leader of the Northern League Matteo Salvini, to the opposition since last August, and accepting the request for trial by some magistrates. According to the judges, Salvini is guilty of kidnapping for blocking yet another foreign ship that wanted to land to one of our seaports its cargo pf refugees rescued at sea (their version). It was a little over a year ago, Salvini was Interior Minister in the government number one of Prime Minister Giuseppe Conte [1]: he was not to the opposition as now and, according to him, was not in the position to make alone such a decision.

Government number two of Prime Minister Giuseppe Conte is now under investigation for the management of the coronavirus crisis and for the impressive number of deaths that the epidemic has caused. How can the extension of the state of emergency influence investigations and a possible trial? Why is State secret still maintained on some reports deemed imported to understand the decisions taken in the early days of the epidemic? These are two of some questions that I asked to Augusto Sinagra, one of the lawyers who started the legal actions against the government still in office.

1) You and other Italian lawyers a few months ago interested the judiciary regarding the government management of the coronavirus epidemic in our country. At what point are your requests?

A) Together with the lawyer Alfredo Lonoce of Lecce, I denounced Conte, Lamorgese and Speranza [2] for having culpably provoked, i.e. by omitting timely measures, the spread of the epidemic and having caused hundreds of murders by way of fault. After the indiscriminate entry into the national territory of multitudes of illegal immigrants of which many already affected by the virus, we denounced Conte, Lamorgese and Speranza for having maliciously caused a new spread of the epidemic.

2) What effects does the extension of the state of emergency recently decided by the government of Prime Minister Giuseppe Conte have and will it have until at least 15 October?

A) The extension of the state of emergency without emergency is instrumental, for the sure further extensions that will follow, to prevent regional electoral consultations and the referendum on the so-called cut of the Parliamentarians to get the new Head of State elected by this current parliamentary majority that does not reflects anymore the popular majority will.

3) The Regional Administrative Court of Lazio ordered to remove the secret on the records of the technical scientific committee on the epidemiological emergency but the Council of State cancelled the decision. Game over definitively?

A) The Council of State did not cancel the sentence of the Regional Administrative Court but suspended its execution until September 10, the date of the hearing. The problem is another: if the government wants to stubbornly keep the secret on the records of the meetings of the so-called Scientific Committee for COVID, evidently has to hide very serious responsibilities which, as the State Attorney seems to have said in the appeal, could jeopardize - for popular reactions - public order and national security.

4) At this point one wonders where are all the Leftist libertarians who in the past have always asked for the secret of State on the most painful events for our country to be removed...

A) I have no idea where are the so-called "Lefty liberators" who have nothing of Left and who have always acted against freedom.

5) According to official data, the epidemic has caused more than 35,000 deaths in Italy. Assuming (I speak absurdly, as a simple hypothesis) that the government has responsibilities, how can one think that it could accept to respond about them in an ordinary court?

A) I don't know how many deaths have occurred for COVID, I think much less than 35,000. The government certainly has great responsibilities. Responding to the Court of Ministers does not require its prior "acceptance".

6) What do you think of the authorization to the trial against Matteo Salvini, which the Italian Senate granted a few days ago?

A) The trial against Matteo Salvini is an absolute shame which, for the nonexistence of the crime, makes clear the aim of hitting a political opponent by means of a large part of the judiciary that I do not hesitate to define as dirty and corrupt.